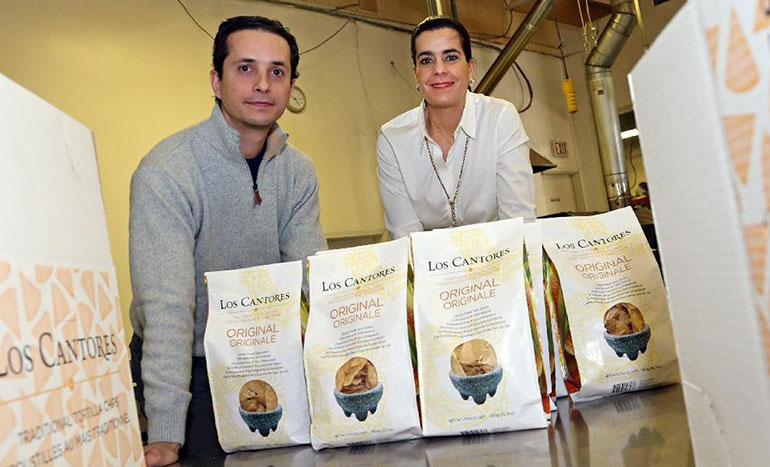 Why: These are exceptionally great corn chips: toasty-tasting, crispy, lightly salted and made with non-genetically modified organic blue corn. And here’s the surprise: they’re made by a gourmet corn chip company whose products are sold in some of Toronto’s and Montreal’s finest food shops, but which is based in a nondescript industrial park in Ottawa.

Gabriela Godinez-Laverty, 38, moved to Ottawa from her home near Guadalajara, Mexico, 14 years ago, after she met her now-husband, who is in the military. The former dentist invited her dad, a chemical engineer and entrepreneur, to visit and he loved Ottawa. Her dad had the idea of starting a tortilla business and her brother, an electrical and mechanical engineer, was convinced to move to Ottawa too to help set up the factory.

Godinez-Laverty approached Farm Boy in 2006 with the idea of supplying the grocery stores with soft tortillas “and they said: ‘Can you make tortilla chips?’

“I said, ‘Sure, of course.’ My dad and brother said, ‘What are you doing?’ But they went out and bought doughnut fryers so we could make them.”

By the end of the year, they were supplying Farm Boy with their fresh-made tortilla chips and the response was so overwhelming, it took them years to catch up.

Now the family not only supplies Farm Boy with seven flavours of tortilla chips — from original to lime, jalapeño and cinnamon — it also sells six of the types under its own label, Los Cantores (the name of their family hacienda back in Mexico.) Production has gone from less than 2,000 bags a week to more than 7,000; within the next six months, they plan to move to larger premises in Ottawa’s east end and start exporting to the United States.

Where: The blue corn chips, the newest flavour, are available only at Farm Boy, as are all other six flavours. Other Ottawa stores, such as Whole Foods, Your Independent Grocer, Rainbow Natural Foods, Herb & Spice and Produce Depot, carry other flavours under the Los Cantores label.

What else: The blue corn chips go exceptionally well with another bright-tasting new Farm Boy product: Eda-Yummy Dip, which is made kale, jalapeños and non-GMO edamame beans grown by fourth-generation Ontario farmers. It’s $4.99 for a 275-g tub.

Learn More About Mexican Corn Products and How to Wholesale or Private Label: